Outline of procedures for the appointment of an Archbishop of Canterbury

The responsibility for choosing the next Archbishop of Canterbury rests with the Crown Nominations Commission (CNC). Its task is to submit the name of a preferred candidate (and a second appointable candidate) to the Prime Minister who is constitutionally responsible for tendering advice on the appointment to the Queen.

The membership of the CNC is prescribed in the Standing Orders of the General Synod. When an Archbishop of Canterbury is to be chosen there are 16 voting members

In addition, the Secretary General of the Anglican Communion, the Prime Minister’s Appointments Secretary and the Archbishops’ Secretary for Appointments are non-voting members of the Commission.

Before the Commission first meets there will be an extensive consultation process to determine the needs of the diocese, the Church of England and the Anglican Communion. This has several phases;

The expectation is that the Commission will have an initial meeting around the end of May to agree its process, which is likely to continue over the summer. The number of meetings will be for the Commission to determine. The process will among other things include;

Since 2007 the agreed convention in relation to episcopal appointments has been that the Prime Minister commends the name preferred by the Commission to the Queen. The second name is identified in case, for whatever reason, there is a change of circumstances which means that the appointment of the CNC’s recommended candidate cannot proceed.

Once the Queen has approved the chosen candidate and he has indicated a willingness to serve, 10 Downing St will announce the name of the Archbishop-designate.

The election is confirmed by a commission of diocesan bishops in a legal ceremony (the Confirmation of Election), which confers the office of Archbishop on him.

The new Archbishop does homage to Her Majesty.

The new Archbishop is formally enthroned in Canterbury Cathedral.

Further details on the nomination process for Diocesan Bishops can be found at at the Church of England website.

This includes the particular arrangements made for the See of Canterbury.

There are six principal aspects to the job of the Archbishop of Canterbury:

2. The Archbishop of Canterbury is also a Metropolitan, having metropolitical jurisdiction throughout the 30 dioceses of the Province of Canterbury. As such, he can conduct formal visitations of those dioceses when necessary. Establishing close links with bishops in his Province is an important part of his work and he visits three dioceses each year. It is a Metropolitan’s responsibility to act as chief consecrator at the consecration of new bishops, grant various permissions, licences and faculties, appoint to parishes where the patron has failed to do so within the prescribed time limits, act as Visitor of various institutions and release, where appropriate, those who have taken religious vows.  He and the Archbishop of York are joint Presidents of the General Synod. The Archbishop of Canterbury is Chairman and the Archbishop of York Vice-Chairman of the House of Bishops and the Crown Nominations Commission.Two Provincial Episcopal Visitors report to the Archbishop in relation to the 163 parishes in the southern province which have petitioned for extended episcopal care under the Episcopal Ministry Act of Synod.

3. As leader of the ‘Church by Law Established’ the Archbishop, in his capacity as Primate of All England, is ‘chaplain to the nation’, classically exemplified at a coronation. More routinely he has regular audiences with the Queen and the Prime Minister, and is frequently in touch with senior Ministers of State and with the Leaders of Opposition Parties. In addition, both Archbishops and 24 other senior bishops have seats in the House of Lords.

4. The Archbishop is the Focus of Unity for the Anglican Communion. He is convener and host of the Lambeth Conference, President of the Anglican Consultative Council, and Chair of the Primates’ meeting. In these roles he travels extensively throughout the Anglican Communion, visiting provinces and dioceses, and supporting and encouraging the witness of the Church in very diverse contexts. As primus inter pares among the bishops, he has a special concern for those in episcopal ministry.

The Archbishop of Canterbury is, along with the Bishop of Rome and the Ecumenical Patriarch, widely regarded as an international spiritual leader, representing the Christian Church. On overseas visits, a meeting with the Head of State is almost always a part of the programme, as are meetings with other significant political persons.

5. The Archbishop has a national and international ecumenical role; nationally he is one of the Presidents of Churches Together in England, who provide strategic guidance to ecumenical endeavours.

6. The Archbishop takes the lead in relationships with members of other faith communities both in this country and overseas, reflecting the increasing significance of those communities for the context in which the Church’s mission and ministry take place. 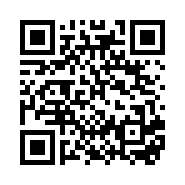