Reno: Best Schools for Theology
Aug 30, 2006
R.R. Reno
U.S. New & World Report has just published its annual rankings of higher education. In addition to calling the horse race for No. 1 university, the magazine also puts out rankings of graduate programs. By their reckoning, the best place to study political theory is Harvard. Harvard is tied with Cal-Berkeley for No. 1 in medieval and renaissance literature, and Michigan is tops in behavioral neuroscience.

The ratings game got me thinking. The magazine has nothing to say about theology (or religious studies, as it is called at many universities). So I thought I might throw out some observations about the best places to pursue a doctoral degree in the sorts of fields I study—theology and ethics. I haven't developed any objective method of analysis, but this is not the first time I have thought about graduate programs. Students often ask me for advice, so over the years I have formed some impressions about how the programs compare to one another. Here are the best schools, to my mind, followed by some comments about the also-rans.

At the top of my list is Duke. Richard Hays and Ellen Davis are leading a strong cohort of biblical scholars toward the recovery of a theological voice in biblical interpretation. Add to that the creative mind of Stanley Hauerwas, the rigorous mind of Reinhard Huetter, the learned mind of Geoffrey Wainwright, and the outspoken voice of David Steinmetz, as well as some excellent younger faculty (Amy Laura Hall, Warren Smith, Steve Chapman, and others), and you have a program firing on all cylinders. Three cheers for the Dean, Gregory Jones. He has done wonders in bucking the trends toward the banality and post-Christian distraction that afflict other mainline institutions. It isn't perfect, but it's as good as we have now in the United States.

In the No. 2 spot, I put Notre Dame's Department of Theology. It's not firing on all cylinders. The biblical scholars pretty much follow the tired old distinction between "what it meant for them" and "what it means for us." This guarantees their marginal relevance to the study of theology. Most of the systematic theologians are still living in the 1970s and 1980s. But this is a huge department with some great people. Notre Dame is the best place to study the Church Fathers (Brian Daley, John Cavadini, Robin Darling Young). Gary Anderson and Cyril O'Regan are first-rate Christian intellectuals capable of inspiring a wide range of doctoral students toward genuine vocations in theology rather than careers of expertise. Jean Porter and Jennifer Herdt have creative things to say in moral theology. It's a strong program, and it is getting better every year.

Duke and Notre Dame are clearly top choices. I'm less sure as I move down the list. Other choices involve compromises and limitations. At No. 3 and No. 4, and in something of a tie between two very different options, I put Princeton and Boston College.

If you are interested in "the problem of faith in the modern world," then Princeton University's Department of Religion is a good place to be. Eric Gregory and Jeffrey Stout are occupied with the role of Christian faith and Christian churches in a liberal democratic society, and Leora Batnitzky has interesting things to say about Judaism's engagement with modernity. Another positive is the fact that the department has a stellar reputation of supporting and forming graduate students. The negatives are two-fold. First, this is not a place with strong resources for study of theology in either its historical or systematic forms. Second, the historians of ancient Christianity, which includes New Testament studies, are pretty antagonistic to the idea that what the Church has taught over the centuries is, in some important and legitimate way, to be found in the Scriptures. Overall, then, Princeton has nothing like the depth of Christian scholarship that you can find at Duke and Notre Dame.

Boston College has depth. Like so many Catholic schools, required theology courses for the undergraduates guarantees a big faculty. Moreover, Boston College has money, and they support their graduate students well. The problem is that the faculty is solid but not stellar. BC is a good place to study, and certainly a graduate student will learn the Christian theological tradition well. But unlike Duke and Notre Dame (and Princeton in its own, more limited way), I don't think Boston College is pushing theological questions forward in interesting ways.

I'm going to cheat and put three schools in the No. 5 spot: Catholic University, Princeton Theological Seminary, and Trinity Evangelical Seminary. These are radically different places. Catholic University has lots of problems, but it's not a place where the liberal-revisionist Jesuits have hired an anti-magisterial majority. PTS and Trinity Evangelical are primarily places for training ministers, but both offer doctoral programs as well. PTS has living and breathing Protestant dogmatic theologians who know the Reformed tradition thoroughly—and Karl Barth especially. Trinity Evangelical has Kevin Vanhoozer, a creative mind committed to thinking through an ecumenically minded and biblically sophisticated evangelical theology. I'm not sure I would want to be a Presbyterian at Catholic University, or a Catholic at Princeton Seminary, and I think Trinity Evangelical is probably best for someone whose theological vocation is in the evangelical movement. But all three have the advantage of being very engaged in the reality of the Church.

You may have noticed that I've left some of the famous schools off the list. In doctoral study, it's the professors and fellow grad students who make the program, not the general reputation of the university. Take Harvard, for example. If you want to study theology at Harvard, then you need to do a Th.D. at Harvard Divinity School. There are some good minds there who are interested in thinking about the living form of faith in our time (Ron Thiemann, Sarah Coakley, and Jon Levinson), but the overall atmosphere of HDS is aggressively post-Christian. I'm all for challenging intellectual environments, but its just foolish to try to swim upstream all the time.

Most of the old-line, mainline divinity schools suffer from this problem. Vanderbilt, Emory, and Yale have seen a decline in serious intellectual life brought on by the intensely ideological agendas of Christian feminism, gay and lesbian liberation, as well as recycled versions of liberal Protestantism. Again, some great folks teach at these places. Lewis Ayers at Emory is one of the most exciting scholars working in patristic theology. I cannot say enough good things about Gene Outka, my mentor, who teaches ethics at Yale, and Miroslav Volk has a fine mind. But, again, the larger currents of these schools are flowing in the direction of post-Christian "theology."

The Divinity School at the University of Chicago has problems as well. It has some famous names on staff, but some recent graduate students have told me that the professors are never around. Choosing the right program is very important. Doctoral study is all about intellectual formation, and that cannot be done by faculty who live hundreds of miles away or who are always out lecturing elsewhere.

The Catholic world has it own set of difficulties. Historically, the Jesuits have dominated graduate study in the United States, and I don't think I am revealing any secrets when I tell you that the Society of Jesus has committed itself and its institutions to a liberal-revisionist agenda. In the 1970s and 1980s, this may have seemed cutting-edge, but these days it's pretty tired, and tiresome.

This complacent liberalism has hurt Jesuit graduate programs even at Boston College, and it has badly injured places like Marquette, Fordham, and St. Louis University. Rahnerians, feminists, liberationists—these places carry some serious ballast. In my experience, intellectual life is too easily perverted into postures of protest and a quixotic quest against the long dead Catholic ghetto. Again, some excellent faculty teach at these places: Ralph Del Colle, Michel Barnes, and Susan Wood, for example, are at Marquette. But because it is a Jesuit program, the 1970s is still going strong.

I have painted some negative pictures, and I may not be winning popularity contests anytime soon. I'm not saying that a person cannot obtain a serious theological education at Harvard, Yale, Emory, and Chicago, or, for that matter, Marquette and Fordham. But prospective students should know they will have a harder row to hoe.

As I thought about this casual assessment of programs and the quick drop-off from the top two programs to a list of less-than-ideal choices, I was struck by the fact that three individuals whom I would very much like to send my best students to study with are largely out of the picture.

When Bruce Marshall published Trinity and Truth, I wrote a positive review. After teaching and rereading the closely argued book a couple of times, I have come to see that his analysis of theology and truth is as fundamental and revolutionary as Karl Barth's strange and difficult discussion of Anselm, published in the 1930s. Unfortunately, Marshall teaches at Perkins School of Theology (at Southern Methodist University), a school apparently locked in a liberal Protestant death-spiral. You can't take all your classes with Marshall, and most of the rest of the program will leave you swimming upstream against a hard current.

Ephraim Radner's extraordinary book The End of the Church is the most creative, erudite, and important book of historical theology since Henri de Lubac's Surnaturel. David Hart's The Beauty of the Infinite is a bold (and to my mind brilliantly successful) theological campaign that carries the fight for truth into the deepest reaches of our sad, failing, postmodern academic culture.

These two remarkable theological minds are not just in less-than-ideal places for an aspiring, adventuresome graduate student interested in serious theology in the service of the Church, as is the case with Marshall. Radner and Hart are totally inaccessible. Radner is a parish priest in an Episcopal church in Pueblo, Colorado. Hart has a temporary, one-year appointment at Providence College. For all intents and purposes, both have been excluded from academia. It is a sign of the times. The United States, a wealthy country with vibrant churches, has only two graduate programs in theology that get even a relatively strong thumbs up. 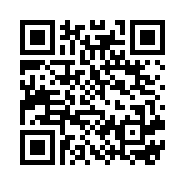