RELIGIOUS LANGUAGE
Syllabus (draft)
Institute of Anthropology
National Tsing Hua University
Second Semester, 2004
Class times and location. Fridays 9-12 am, Room C304.
Course instructor. James Wilkerson.
Objectives and Design. This course has both theoretical and ethnographic components, but its overall objective and design is as a practical introduction for students intending to go into the field and conduct research on some aspect of religion or performance.
The specific objectives of this course are to assist MA and PhD students of Anthropology in:
• Acquiring or enhancing the skills necessary for the scholarly presentation of textual material, including transcription, word-glossing, and paraphrase.
• Solving a range of problems they are likely to encounter in dealing with oral and written texts associated with ritual performance.
• Gaining practice in scholarly discussion of issues raised in the presentation of texts, including phonology and dialect, poetics, framing devices, parallelism, deixis, anaphora, and other contextualising devices.
• Familiarising themselves with the resources needed for elucidation of specifically religious concepts and ‘technical terms’, including place-names, names of gods and other spiritual beings, honorific titles, numbers, ethical concepts, and so on.
• Exploring the indexical and iconic functions of religious language.
The course’s design covers a series of five movements:
• In the first two weeks, we will obtain an overview of current theoretical issues in the area of religious language and performance, through the medium of two recent review articles.
• On this basis, we will move on to look more closely at a series of key concepts and key debates in recent writing on the subject (4 weeks).
• The third part of the course (4 weeks) will move to a focus on the practice of dealing with texts. Students are introduced to resources available for solving a variety of practical problems that arise when elucidating religious texts. Sample cases compliment in-depth discussions. At the same time, we will devote one hour each week to staff and student presentations of specific ritual performances or ethnographic accounts of performances (such as the volumes in the Min-su ch’ü-i series). This will provide an opportunity of linking specific examples with the discussion in the previous few weeks on key theoretical issues.
• The fourth part of the course, also devoted to practical methods, moves from the ‘cooked’ to the ‘raw.’ That is, students will work intensively with selected segments of unedited fieldwork material, including photocopies of ritual manuscripts, audio recordings of performances, and video recordings. The idea is to provide students with practice in elucidation and presentation.
• Finally, we will return to an overview of the field. In this process, we will revisit our initial readings in light of our experience in practical work with texts, and consider some of the complex ways in which theory and the particularity of texts are interrelated.
Assessments
• Each student will write a term paper on a subject of his or her choice, though with prior consultation with course instructors (topic and outline due 1 May, paper due 1 June) (thirty-five percent of total grade). Term papers should be about 8,000 characters in length and adhering strictly to institute and discipline style standards.
• Each student will also write three project reports (due the day before each project’s presentation) (thirty percent of total grade). One project report will be prepared for each of the course’s three main topics of “Key Issues,” “Nuts and Bolts,” and “Raw materials” (see below). Specific project topics and due dates will be arranged in class in consultation with other students and the course instructors. Each project report will be about 1,500 characters in length and adhere strictly to institute and discipline style standards. The total score for the project reports will constitute thirty percent of total grade.
• Each student will present his or her term paper in an hour-long presentation in the last week of May. The assessment for the presentation will be included in the student’s class participation assessment (see below)
• Each student will also present each of his or her project reports, with each report lasting about fifteen to twenty minutes (see above for scheduling). Like the presentation of the term papers, assessment for the project report presentations will be included in the student’s class participation assessment (see below).
• In addition to presentations of the term papers and project reports, each student’s class participation should also amply demonstrate their coverage of the essential readings as well as their ability to participate in scholarly discussions. Though absences are permitted, frequent absences and late attendance will be factors in class participation assessment. Class participation constitutes thirty-five percent of the total grade.
Other Essentials
• Unless prior permission is given, written assignments that are submitted late will not be accepted.
• Unless prior permission is given, absences for class presentation assignments will not be excused.
Readings
Readings are divided into essential and recommended readings. All students are expected to follow the reading schedule. However, essential readings here should be taken only as an indication of what should be read and as a common basis of class discussion, and individual students are encouraged to undertake additional readings, chosen after consultation with teaching staff. Recommendations for further reading will take into account foreign language reading ability of individual students. 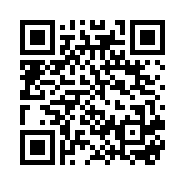