課程大綱：
一、課程說明(Course Description)
LINGUISTIC ANTHROPOLOGY
Institute of Anthropology
National Tsing Hua University
Spring Semester 2003
Instructors: Bien Chiang and James Wilkerson
Time: Thursdays, 2:00-5:00
Place: Room C304, College of Humanities and Social Science
Course Description: This course introduces the core terms, concepts, and assumptions of anthropological
research on language, examples of its application in ethnographic description, analysis, and comparison,
and the wider derivations from and implications for
cultural anthropology and socio-cultural thought. Special attention is paid to bridging between macro-
Discourses (for example Foucault) and micro-discourse of language practice. Special attention is
furthermore paid to special concerns and opportunities in ethnographic description, analysis, and comparison
in ethnography in Taiwan in particular and Asia in general. An advanced course that assumes a solid
background in general anthropology, at least a rudimentary familiarity with general linguistics, and
strong English language reading skills, this course is not designed to meet the needs of the institute
requirement in linguistic anthropology for doctoral students. It is rather intended for advanced students
with a special interest in incorporating ethnography of language in their proposals, research, and writing.
Course Requirements. Regular course attendance (a maximum of two unexcused absences), timely completion of
all course readings and active class participation, a 2,500-3,000 character critique each week on one or more
primary or secondary readings (beginning the second class meeting and ending the fifteenth class meeting,
with the option of two either dropping the three lowest scores or skipping three critiques), and a 8,000 to
10,000 character term paper applying course content to an ethnographic description, analysis, and comparison.
It is expected that the critiques will be selected based on and reworked to form the basis of the review of
the literature section of the term paper. A 500 character abstract of the term paper is due before the eighth
class meeting; each critique is due before the beginning of that week’s class meeting; and, the term paper
is due before the beginning of the last class meeting.
Grading. The minimum requirements for a passing grade is to come to class, participate, and complete and turn
in all written work on in time. All written work is evaluated and scored as if it were being submitted for
publication. Academic writing assumes as one of its features the assumption that the written results will be
prepared for or at least at a standard suitable for submission for publication. Course grading is thus set
to standards of quality suitable for submission for review for publication. A score of ninety or above indicates
that the work would be accepted for publication without further revision. A score of between eight-five and
eight-nine indicates that the work would be accepted for publication with revision. A score of between eighty
and eighty-four indicates that the work has the potential for submission for publication after further revision.
A score of between seventy and seventy-nine indicates basic problems in writing that preclude submission for
publication until those problems are confronted and overcome. A score below seventy indicates either an unwillingness
or inability to write at a level consistent with that expected of graduate students.
Note. Liu Tzu-k’ai (University of Illinois, Urbana-Champaign) and Shih Ch’ung-yu (Northwestern University)
kindly provided sample syllabi by Brenda Farnell, Peggy J. Miller, and Stanton Wortham, which were consulted
in the preparation of this syllabus. Since this is the first time that we are offering this course, everything
about the present draft of this syllabus is open to revision on the basis of student feedback.

EIGHTH WEEK: ENTEXTUALIZATION AND RITUAL
Mertz, E. 1996. “Recontextualization as Socialization”. In Natural Histories of Discourse. Michael Silverstein
and Greg Urban, eds. Chicago, Illinois: University of Chicago.
McDermott, R. and H. Tylor. 1995. On the Necessity of Collusion in Conversation. In The Dialogic Emergence of
Culture. D. Tedlock and B. Mannheim, eds. Urbana, Illinois: University of Illinois.
Silverstein, M. 1985. “On the Pragmatic ‘Poetry’ of Prose.” In Meaning, Form and Use in Context. D. Schiffrin,
ed. Washington, D.C.: Georgetown University.

NINETH WEEK: DIALOGICALITY
Gergen, K. 1989. “Warranting Voice and the Elaboration of the Self.” In Texts of Identity. Pp 70-81. J. Shotter
and K. Gergen, eds. London: Sage.
Gilligan, C. 1986. “Remapping the Moral Domain.” In Reconstructing Individualism. Heller, Sosna and Wellbery,
eds. Stanford, California: Stanford University Press.
Taylor, C. 1989. “The Dialogical Self.” In Sources of the Self. Cambridge, Massachusetts: Harvard University Press.
Hermans, H. 1993. “Voicing the Self.” In The Dialogical Self: Meaning As Movement. H. Hermans and H. Kempen.
Academic Press. 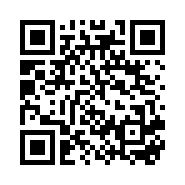